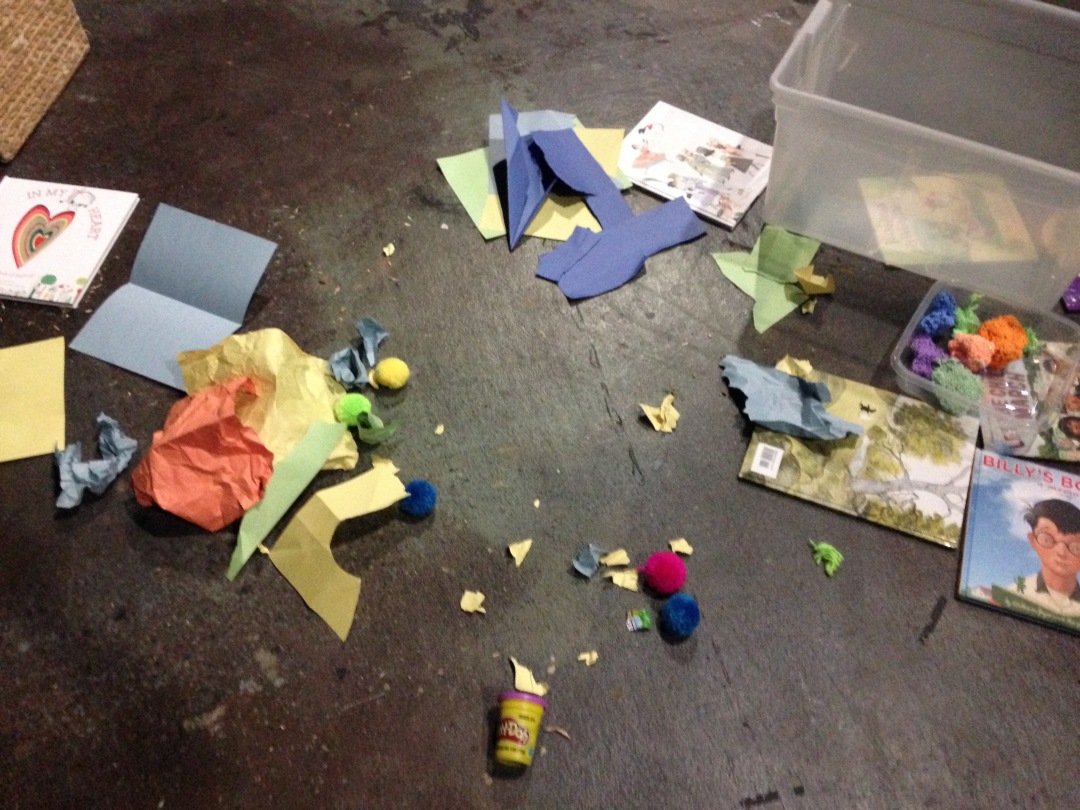 Please approach the blue mat and throw a tantrum

Stephanie Judkins gave me a tour of the Heifer Learning Center at Heifer Ranch. The Ranch is an incredible place and the people there are doing some seriously compassionate education. Of course, I couldn’t leave the Ranch without purchasing a kid’s book about farm animals…We retired to Stephanie’s tiny house and I read to goats, chickens, guinea hens, and her delightful three-legged dog, Chaplin Sue. I remain smitten with Plushenko, pictured below with Giggle Giggle Quack, by Doreen Cronin.

One of my reading companions for today! #easybakeheart

Shannon and Joe Frost took me to the Mississippi Civil Rights Museum. The MCRM offers a good example of spacial hospitality (that soft place to land). Each section is a semi-circle fanning out from an open central area with comfortable seats and soft, slowly changing lighting emanating from a swooping ceiling sculpture. Gospel music plays, allowing for an emotional reset for the museum-goer before launching back into the exhibits.

Joe Frost graciously gathered 6 of his alumni and an incoming Freshman: Connor Bingham, Ginny Holladay Jessee, James Kenyon, Laina Faul, Lauren Tobin, Lydia Lippincott, and Nina Frost. They were So Game and threw themselves immediately into play. We tackled experiencing primary emotions while exploring an array of toys, books, and paper.

I had them do the adult step of the Who/What/Where Adult v. Child Self-Care exercise, then asked them to turn their paper over and draw how the opposite of all that goodness made them feel. One of the participants later said that the air was sucked out of the room.

AND THEN THERE WERE GLORIOUS TANTRUMS

One by one, I took their drawings and asked them to approach a blue gym mat and throw a tantrum. They were beautiful in their similarities and differences. Some were long, loud, and took up lots of space. Others were quiet, contained, and utterly terrifying. I asked for a tantrum coach and they guided me through a workplace scenario so I could have a constructive, adult tantrum with a piece of construction paper (which, btw, led directly to a scene I wrote this morning…).

I read In My Heart: a book of feelings, by Jo Witek, aloud and they played while experiencing the emotions associated with the words. We rolled primary and secondary emotion dice and played in the resulting combined emotional states, then wrote four-line scenes corresponding to the combo-states we felt most at home in.

All of the above was really fruitful, and my favorite part came when we took out pictures of our tiny selves and adopted those poses to find a) how we felt then and b) how we might wish to feel now as adults.  That’s me in a 20-month-old version of a herkie. My words: open, curious, seen. After a pose was demonstrated and described, the rest of us matched it before moving to the next person. The best roadtrip phrase so far came from this activity: “airport pooping.” Genius. Thank you, Ginny!

By the end, everyone laid on their bellies or sat cross-legged and decorated a large cardboard box. It was marvelous. 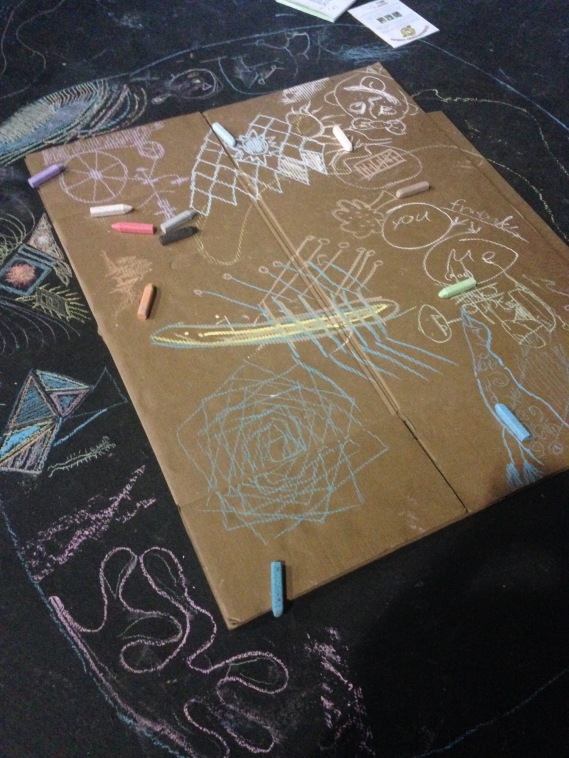 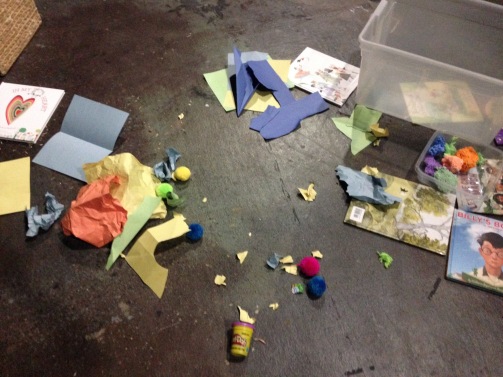 Much needed downtime with the Frost Family.

Birmingham, Alabama
I am still processing the 16th Street Baptist Church and Kelly Ingram Park. The Park is home to the Freedom Walk, a series of sculptures depicting police dogs, water cannons, and children imprisoned for marching for civil rights in 1963. After viewing the church and walking the park, I sat down to try to read selected children’s books aloud and started weeping after reading the first sentence of Let the Children March (Monica Clark-Robinson, Frank Morrison illus.). I chose, instead, to self-sooth by reading the books to myself: The Golden Rule (Ilene Cooper, Gabi Swiatkowska illus.), If You Plant a Seed (Kadir Nelson), and The Rabbits’ Wedding (Garth Williams – the book was banned in Alabama in 1959 for “integrationist propaganda”).

Writing and resting and real tacos and lemon pie and parallel play with Stacey. A good day.

Tomorrow – on to Charlotte, NC

Lightbulb Heart makes collaborative theatre that celebrates empathy and encourages lifelong play. Amber Wood is an actor, theatre maker, and storylady based in Hamilton, Ontario. View all posts by lightbulbheart